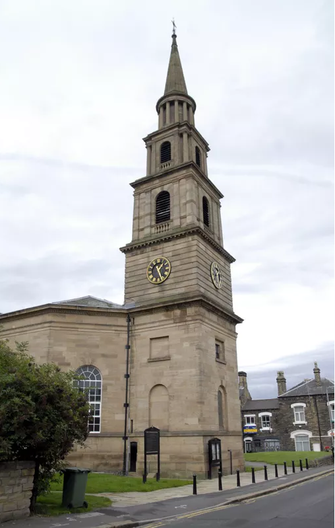 Horbury has many historic buildings and a sense of tradition runs deep through the village. Below are some of the famous places you could visit while in Horbury.

Horbury Town Hall - The foundation stone was first laid on 30th July 1902 by Joshua Harrop. The builders were Henry Fallas & Sons. A wooden war memorial plaque, rescued from the old St Peter's School is still in place in the old town hall.

Horbury Library - Building started in 1905, thanks to a £2000 grant from the Carnegie Foundation. In times past damaging a library book would put you in prison. If you were under sixteen you would still go to prison but may have been whipped for your crime!

St Peter's Church - The Georgion church was built between 1790 to 1794 by John Carr. The church cost £8000 to build and the bells and organ a further £2000. Church records show that two soldiers were buried here after the battle of Wakefield in 1643.

Queen Street - This street was probably named after Queen Victoria and was once known as Widgery Lane. At the bottom of the street pill sellers and an amateur dentist would shout about their wares and services. It is still a place for carol singers or the Victoria brass band to gather at Christmas time.

All the information on this page was taken from a book written by a former St Peter's pupil, Richard Bell MA (Royal College of Art) who now works as an illustrator and writer. Richard has many links with the school and we are very proud of our association with him.

Richard has written and illustrated many books and has a website called 'Wild Yorkshire'.